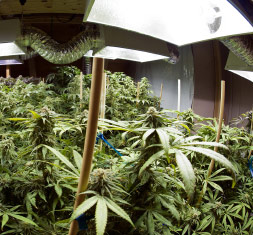 With the major increase in homegrown and home-manufactured drugs, if you have been arrested or if you are under suspicion for cultivating drugs, you need a Arizona Criminal Defense lawyer.

Marijuana cultivation used to happen more often in other countries and the product was then imported to the United States. At one time, the border from Mexico became more tightly controlled, so a high-quality, potent marijuana was cultivated in and imported from Canada. As that source became more limited, more people in the U.S. entered the marijuana cultivation business.

Marijuana, meth and ecstasy are targets of law enforcement.

Marijuana grow houses enabled marijuana cultivation out of sight and without regard for weather. The ability to control lights and temperature in residential homes led to efficient marijuana cultivation — a practice law enforcement wanted to stop. In some cases, owners of a rental home might not even be aware of how their property is being used.

With more ephedrine control (ephedrine being essential to manufacturing methamphetamines) meth manufacturing has significantly decreased, but it still occurs — and law enforcement strictly enforces the laws against manufacturing, importing, distribution and sales. Ecstasy is also a drug that can be manufactured with a small home chemistry lab.

If you have been accused of growing or manufacturing drugs, you need an attorney who knows the law and who will commit the entire law firm to your defense. Contact the Joseph Chornenky law firm in Phoenix. Our lawyers represent clients throughout Arizona.