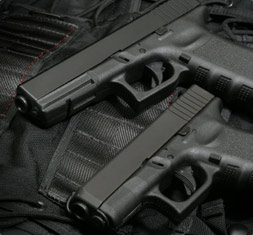 In Arizona, a conviction of any crime involving a deadly weapon carries a mandatory prison sentence. When at risk of suffering such serious punishments, it is very important to retain a lawyer experienced in firearms defense.

Phoenix attorney O. Joseph Chornenky has spent over 45 years defending people of all types of crimes, including gun crimes. If you are dealing with accusations of the following, contact for an initial consultation:

Arizona’s gun laws are very harsh. In Arizona, any crime involving a deadly weapon results in a mandatory prison sentence. Even if you merely show a weapon during an argument, without pointing it at anyone, you can be arrested for aggravated assault, which is a Class 3 dangerous Felony under Arizona law, which carries a mandatory 5 to 15 year prison sentence.

To Fight Tough Laws, You Need an Experienced Attorney

There are many minor offenses involving weapons that are Class 6 Felonies and require a prison sentence. When the laws are this severe, you need an attorney with significant experience in firearms defense.

Arizona Criminal Defense lawyer O. Joseph Chornenky is well-known and well-respected in courts throughout Arizona. As one of a small number of Phoenix lawyers to be named a Criminal Law Specialist in the State of Arizona by the Arizona Board of Legal Specialization , he is taken very seriously. He knows how to fight charges and negotiate, when necessary, minimal sentences.